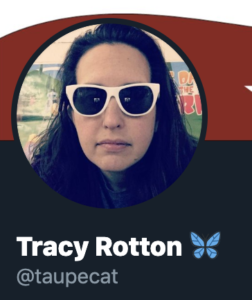 September is Thyroid Cancer Awareness Month. I don’t usually mark the occasion myself, mostly because I’m usually so busy I don’t even think about it until sometime around the 25th. But this year, I at least wanted to make some note of it, and share some facts and tips regarding thyroid cancer and thyroid health.

But why the blue butterfly? The most commonly used description of the thyroid gland itself is that it’s a “butterfly-shaped gland located in the front of the neck.” So the butterfly has become something of a symbol for thyroid cancer and thyroid health. Also, there are no emoji for the various types of “cause” ribbons out there (red for AIDS, pink for breast cancer, etc.), so I had to go with the next best thing. The thyroid cancer awareness ribbon is pink, purple, and teal. A blue butterfly is the closest approximation as Twitter and emoji would allow.

1. Thyroid Cancers Are Increasing in Incidence

Unlike most other cancers, thyroid cancer incidences are on the rise. However, the reason for the increase is not known.

2. Most Thyroid Cancer Patients Are Women

Thyroid cancer can occur in women and men, but 70% of patients are women.

3. There Are Many Different Types of Thyroid Cancer

The most common types are known collectively as “differentiated” and include papillary, follicular, and (less common) medullary. Anaplastic thyroid cancer is non-differentiated.

4. The Survival Rates for Thyroid Cancer Can Vary Greatly

For the majority of thyroid cancers—papillary and follicular—the prognosis for survival is usually very high: over 90% when caught early. (Medullary and anaplastic thyroid cancers have a much lower survival rate.) This usually leads to the axiom that thyroid cancer is somehow the “good” cancer, but in truth, there are no good cancers.

5. Thyroid Cancer Is Difficult to Detect

I found this out through personal experience. After my Ear, Nose, and Throat doctor became concerned about the nodules in my neck, I had several biopsies over the course of a few years to try and find signs of the disease. All of the biopsies (which consisted of a hollow needle inserted into my neck to extract thyroid tissue from the nodules) came back negative. It wasn’t until the nodules had grown so large that the thyroid had to be removed anyway as a precaution, and thus completely dissected and examined, were the carcinomas discovered. That’s right: I was diagnosed with thyroid cancer after much of my thyroid cancer was removed!

6. Treating Thyroid Cancer Is Different Than Other Cancers

Again for papillary and follicular thyroid cancers: Instead of chemotherapy or targeted radiation, treatment usually involves surgical removal of the thyroid, followed by a course of ingested iodine-131 to kill the remaining thyroid tissue. Iodine-131 is a radioactive isotope of iodine produced by nuclear reactors. See the next point…

Both of these nuclear accidents released iodine-131 (among other radionuclides) into the environment, where it would be absorbed by the thyroid when consumed by mammals (including humans) and become carcinogenic. The counter to this risk is to take increased amounts of stable iodine (iodine-127) in potassium iodide tablets to saturate the thyroid, causing it to not absorb any of the radioactive version. As that is the only gland in the body that absorbs iodine, any radioactive iodine then would pass through the system harmlessly. This is also why a sizable portion of the population in central Europe is walking around today without a thyroid. Fortunately, iodine-131 has a relatively short half-life of eight days, which means that nearly all the I-131 released in these disasters degraded into stable, harmless elemental isotopes in less than three months. (https://en.wikipedia.org/wiki/Iodine-131, Health effects of the Chernobyl accident: an overview (WHO))

Above all, make sure you check your neck regularly for nodules and other irregularities. Whenever you visit your general practitioner or ENT doctor—for any reason—they should do a quick feel of the neck area for nodules, and prescribe further testing if warranted.